Amy Chambers is a Contemporary dancer who graduated from the University of Bedfordshire in July 2015 with a First Class BA (Hons) in Dance and Professional Practice.  Her interest in dance began at a young age, when she studied Ballet and Tap at the Cheswood School of Dance from the age of four.  She built upon these interests during her further education at the Hemel Hempstead School, where she studied Contemporary Dance and Performing Arts.  In 2012 she began her degree at the University of Bedfordshire.  Over her three years in Bedford, she was taught Contact Improvisation along with techniques individual to the dance lecturers, including Released-based, Cunningham-based, Contemporary and Contemporary-hybrid.

Amy’s technical ability is her main strength as a Contemporary dancer.  This is derived from studying ballet at a young age and being able to successfully apply this experience to her Contemporary dance training.  Another strength is that she is a dancer who remains focused and attentive in the studio. This enables her to complete tasks within time limits and do so to the best of her ability.  She is keen to make work which will explore the relationships between music and movement, stripping dance back to something that aims to be approachable for all audiences whether they have studied the art form or not.  She has also been developing ideas of how you can fit dance into your everyday lives with the minimum time and space that you have.

From 2001 to 2013, Amy participated in the annual charity rock concert, Pepper, in Berkhamsted, Hertfordshire.  As a child she was a member of the Pepper Youth, before moving on to the Adult cast as a dancer at the age of 18.  From 2011 to 2013 she was also involved in choreographing dances for the show.

Whilst at university she had the opportunity to perform at the University of Bedfordshire Theatre in a number of performances, both curricular and non-curricular (Solo, Spring Concert, The Justice Project, (JRI)). 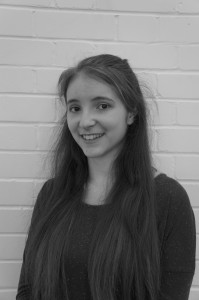 She has performed in Milton Keynes as part of the MÓTUS Dance Festival 2016 where she was apart of the Graduate Dance Companies’ Translate, exploring the styles of Capoeira and Contemporary. Also with MÓTUS she too part in the Rugby World Cup Fan zone community dance event in 2015.

Starting her professional career, Amy was a dancer on the project A Thousand Eyes with the Tanztheater Adrian Look Dance Company.  The project ran from the 25th July 2016 with two weeks of research and developemt funded by Arts Council England with a sharing on Saturday 9th August 2016 at Waterloo Station. She also danced in ‘Tu-tu & Points’, a short film currently in post-production and at the Tate Exchange as part of an installation exploring spatial justice with the company Tanztheater Adrian Look.